Choosing Simplicity but finding Complication instead!!!

How to survive the voices (pressures) that never cease!!! 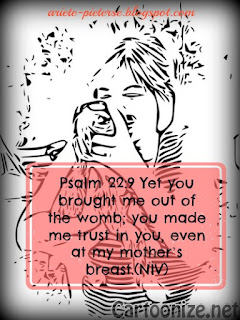 As a young girl I used to imagine hundreds of different miniature me’s running around in my head and body, fulfilling all the various functions required to keep me going. (Very similar to the current “Minion Mania”, they each had their own voices, functions and appearances, yet they were never the less very much …

There was another MM that wanted to grow up fast and one that was quite content to stay a child…doing childish things and having fun.

There was the MM that wanted to run away when my mother remarried and we discovered that her new husband was a wife and child beater. The other MM who felt trapped in an impossible situation and counted the years until freedom.

And so the pressure of life mounted and waned, as each voice was constantly whispering, whispering in my head, driving my thoughts and actions to perform, escape, run, survive and fight.

I used to long for peace and simplicity…I believed that when I was an adult it would be better. I would automatically know what to do all the time and the voices would go away and life would be simple…uncomplicated. 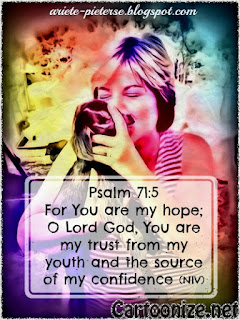 But, as a young wife and mother, instead of finding the simplicity I craved,
more MM’s entered the space in my head….

Now there was the MM that planned “Healthy Meals” and themed Birthday Parties, co-ordinated perfection and practicality into every item of furniture, cushion and curtain  of every room, while the another MM was quite content to grab a quick sandwich and live in a comfy mismatched, contented home instead.

The MM that planned trips to the library and other beneficial field trips, in order to properly educate my children, and yet another MM that required the perfect picket fence version of home and hearth…

The MM that fretted about illness, calamity and all manner of possible mishap that could befall my children, paranoid about every tree, sharp object or strange person who happened to glance in their direction.

The MM that insisted my children would not relive my childhood, but would instead have a fairy tale childhood. The MM that was always a few steps ahead removing obstacles and threats to ensure that their lives did not mirror mine.

There was the MM that cried out to God, studying the bible
in order to be the perfect wife and mother.

While it appeared as if I had it all together, the voices in my head were relentless, ever pushing me to my version of perfection, while my soul was crying out for less…

The pressure mounted and waned with the years, but never truly left.
Simplicity was always my first choice, but it was elusive…

And so I believed that this constant pressure and drive would remain for only a season…when my kids grew up and left home, the season would change and the voices for go away and I could pursue a life of simplicity…Gone would be the pressure and constant drive to perform. 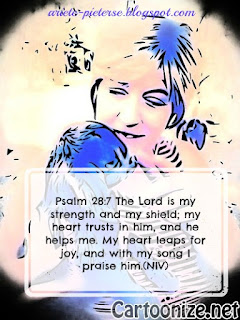 Now that my children have grown up and left home, and my step children are also almost out of the house I found that instead of less, there are now new MM’s that have taken up residence in my head.

The MM that wants to ace this step-mom thing, while there is another MM telling me to chill. I have already earned my stripes and don’t have to work so hard.

The MM that is the efficient employee, thriving at the challenge to assist in the growth of a company, while another MM would much rather be pottering about the garden, enjoying the sun and nature.

The MM that is the caregiver to my mother, ever on edge, walking on eggs and ready to handle whatever crisis the new day/night will bring and the MM who is simply weary of it all…Just wishing to have a deadline at least…How often will we wake up tonight? How long will the arguments and nonsensical discussions continue? How to handle the false accusations of theft and still remain true and loving? How to protect the other family members from the verbal abuse that is hurled at them when confusion and frustration set in and mom does not know what she is saying and doing?

The MM crying out to God for wisdom and peace, for patience and perseverance, and the MM that is resentful of the interruption to the simplicity I was striving for, after all these years.

I think we all have these miniature me’s running our thoughts and minds to one degree or another. Some people manage to drown them out with television, hobbies or alcohol, others ignore the voices and others simply give in to them succumbing to the pressures of life.

I read in scripture that Jesus came to make us whole and I have chosen to hang onto Jesus no matter what my MM’s are saying to me and no matter what outside pressures I face…He has made me whole…. 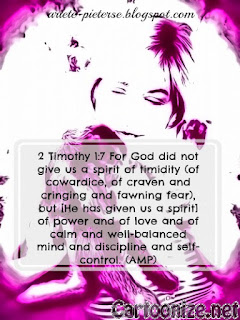 He has been the foundation to my world ever since I was a child. While all the MM’s ran around my head and often collided with one another, He has always been a prayer away restoring my soul and strengthening me to face the task at hand.

He can do the same for you… 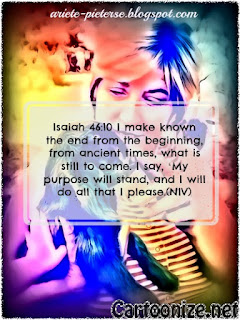 Do you sometimes feel pressurized and harassed by the world and it’s cares. These are all real and unrelenting yet even as we face them and face the uncertainty of life we can “hang onto Jesus with both hands”…

*Hugs* till next time.

Posted by Samaritan Woman at 02:47